Texas barbecue-topped pizza and microbrew beers are on the menu at Brack’s Backyard, a new outdoor eatery opening in July 2022 on County Road 413 in Spicewood.

“We’ll be serving several different varieties of pizza — American, Detroit, and Chicago styles — and using barbecue on some of them,” owner Robert Brackenridge said.

“We are Tex-ifying the nature of pizza by adding barbecue meats such as brisket, pulled pork, and sausage,” he said.

The barbecue toppings will be cooked on site. The dough will go through a 48-hour process in preparation for the unique pizza combinations, which can be enjoyed under a protective pavilion.

Robert and wife Tracey will cook the pizza in a food truck on the side of the pavilion.

The beer will be fermented on site by Brackenridge, who has been brewing for about 20 years.

“We will offer a nice variety of traditional American ales: pale ales, IPAs, and red IPAs,” he said.

The couple has had a vision of the brewery for years and purchased the Spicewood property in 2019 with it in mind. Shortly after, the pandemic hit, thwarting their plans — at least for a while.

“We look forward to having community out here instead of having to drive further away for a nice weekend afternoon,” Tracey said.

Guests will note the collection of old Chevy trucks parked across approximately 5 acres. One of the trucks is missing a door to entice customers to climb inside and snap photos.

Robert has been collecting old trucks for years. He emblazoned each one with “Brack’s Beer” or “Brack’s Backyard.” You’ll see at least four from the road. Next to the pavilion is an old schoolbus painted with images of the Beatles. 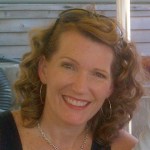