The Burnet High School band plays on to the area contests after a “landmark weekend” at the region competition.

The band competed Saturday, Dec. 11, at Fredericksburg High School in the Association of Texas Small School Bands Region 29/32 contest. When the judging ended, 34 Burnet students earned a spot on the all-region band with nine hitting such high notes they advanced to the association’s Central Area contests in January.

Two of the nine, Aedan McLennan and Grant Roberts, earned first chair for their instruments.

“It’s wonderful to see the students be successful in an event where they have to do most of the preparation themselves,” said Burnet band director Andrew Hicks. “We guide them through their music at the beginning of the year, but, ultimately, it’s on them to prepare for the audition individually.”

The audition pieces are typically difficult technical selections for each instrument designed to really stretch and challenge the musician. During the contest, the students compete with others playing the same instrument. A student performs before five judges, in this case band directors, who then award points and scores for each round.

At the end of the audition, Hicks said the musicians with the highest scores earn a spot on the all-region band.

On top of that, students with some of the highest scores advance to the area round, which is the final stop before earning a spot in the all-state band.

“At the area round, each student will have been at the top of their prospective region audition lists, so the competition is very intense,” Hicks said. “Every student at the area level is good, and the tiniest details in their preparation are the difference between going home and making the all-state band.”

Hicks pointed out that this is quite an accomplishment. For perspective, the band director said Roberts was one of 57 saxophonists auditioning with only seven advancing to the area round. On top of that, Roberts was the No. 1 saxophonist in his room.

The nine Burnet students compete at the area round in January.

“We are incredibly proud of the hard work these students have put into representing themselves, their band program, and their school,” Hicks added.

BCISD daily attendance declines due to COVID, but state funds should not 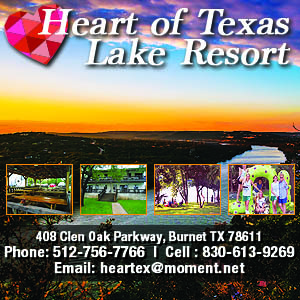 *These numbers are retrieved daily from the Texas Department of State Health Services and may differ from numbers sourced elsewhere.