The Burnet City Council swore in three members at its May 12 regular meeting: incumbents Danny Lester and Mary Jane Shanes and the newly elected Philip Thurman.

The governing body of Burnet is elected at large, and all three candidates ran unopposed after the withdrawal of Zachary DeLeon earlier this year, deeming an election unnecessary.

The meeting, which was held virtually and broadcast live on Facebook, also included a moment of recognition for now-former Councilor Joyce Laudenschlager, who had reached her term limit of three two-year terms.

“You’ve not only been a great colleague but a great friend and a family member,” said City Manager David Vaughn after Laudenschlager’s recognition. “I want to thank you for all you’ve done for the city of Burnet, for me, and for everybody.”

Lester will be entering his third and final term on the council and Shanes her second.

Use precaution to deter Christmas crooks

GOVERNMENT MEETINGS: For the week of Nov. 29 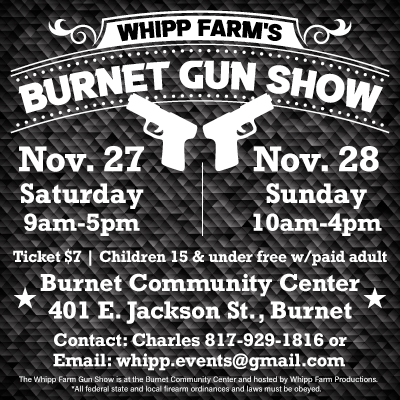